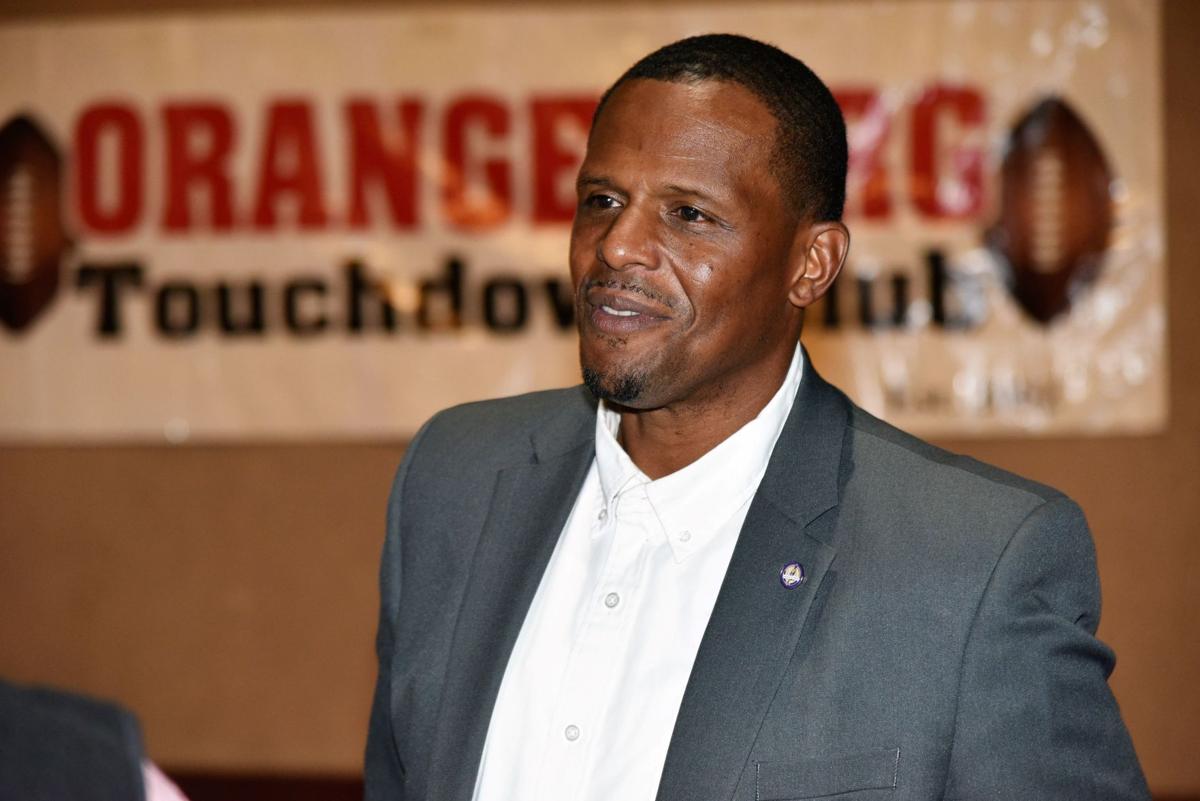 After finishing 2019 with a 1-9 record, Benedict College looked to make a change. The Tigers hired Southern offensive coordinator Chennis Berry in February 2020.

“I’m in my 27th year of coaching college football,” Berry told the Orangeburg Touchdown Club Thursday. “I enjoy coaching the game of football because it is a ministry. It prepares people for the game of life. As coaches, we have an impact on young men.”

Coming from Southern, Berry said he needed to change the mindset at Benedict.

“To develop a winning mindset, it starts with developing a winning culture,” Berry said. “We talk about controlling your D.A.S.H. Everyone has a birth date, and a death date, but there’s that dash in the middle.

“Those are the life lessons we instill in our players every day,” Berry said. “We want to mold these men, not only into great football players but great men in life. There’s only one guarantee about this game of football, and that it will be over one day. You have to be prepared for what comes next.”

Berry shared another acronym he has taught his players when they deal with adversity. D.I.G. D.E.E.P. This stands for discipline, integrity, God, dedication, effort, execution and pride.

“I tell our players, adversity is going to strike. It will happen on the football field and will happen in your life. That’s when you have to dig deep and decide how you are going to react. It’s about character and who you are when no one is watching.”

Berry praised the Benedict community and administration for buying into the culture change. Since he arrived on campus, there have been upgrades to the Benedict locker room, coach’s office and a new weight room that is scheduled to be opened in the next two weeks.

“We have a beautiful stadium (Charlie W. Johnson Stadium) but when I arrived, you wouldn’t walk your dog into our locker room,” Berry said. “Now, there are new shoulder pad racks, stools in the lockers, a new floor and new stereo system. When it comes to facility upgrades, it’s an arms-race in recruiting young men. We have to stay up to par with what other schools are doing.”

When it comes to recruiting, Berry said he has a “gas-tank” philosophy.

“We are in Columbia, right in the middle of the South Carolina,” Berry said. “That means I can travel to anywhere in the state on a tank of gas. That means we’re going to visit every high school in this state whether they have players or not. Recruiting is about building relationships. We might not take a player from a certain school, but they will know that we have been there.”

The Tigers are currently 3-5 on the season and will face Clark Atlanta University on the road Saturday. They finish their season at home Nov. 6 against Lane College.