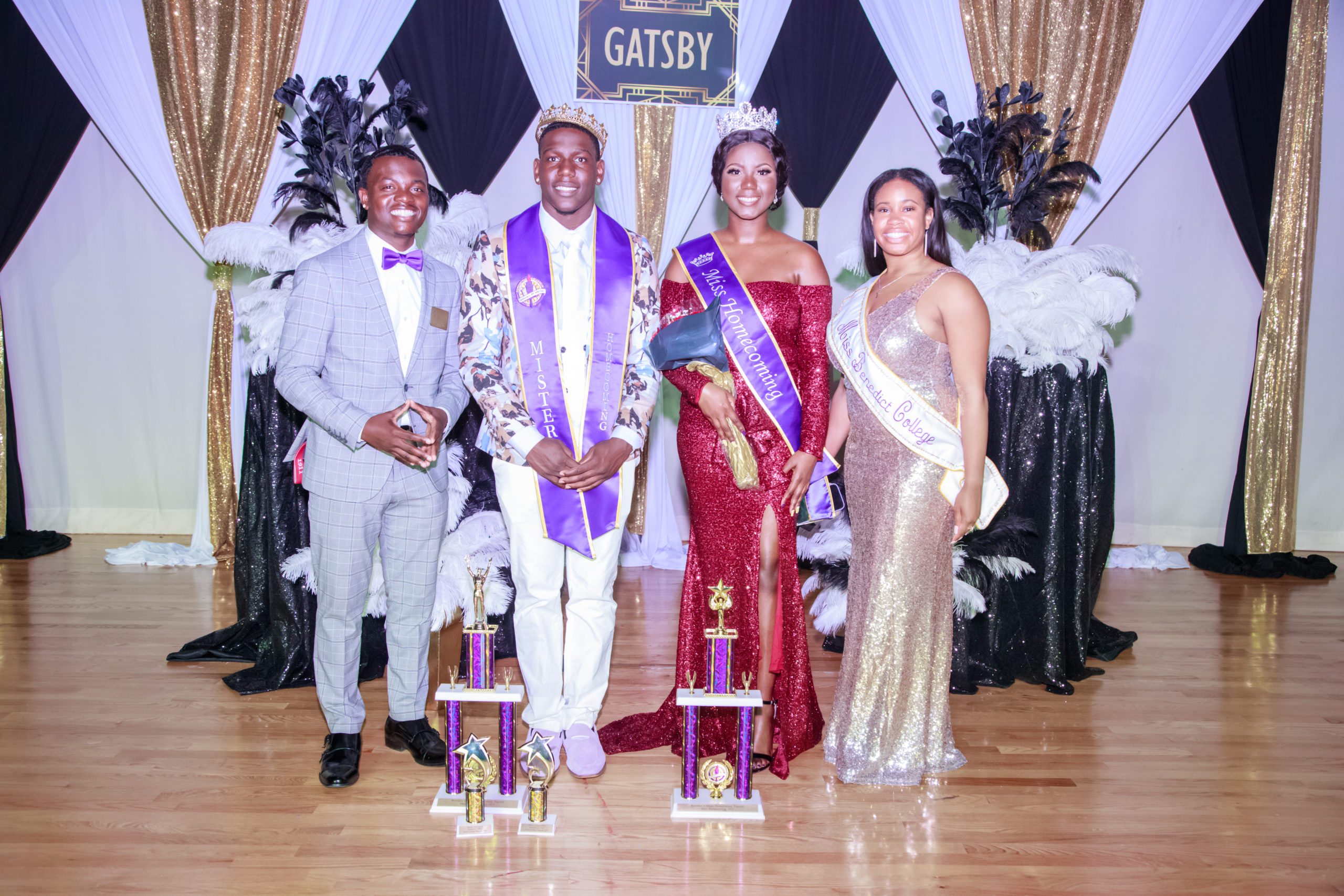 The week was filled with music, football, recognition and fellowship

COLUMBIA, S.C., October 28, 2021, Benedict College a Baptist-affiliated school, kicked-off its annual Homecoming that was virtual last year due to the pandemic with a high energy-gospel concert. On Sunday, October 10, the College’s Religious Services Department hosted a Pre-Homecoming outdoor concert featuring Grammy Award-nominated and seven-time Stellar Awards winner Travis Greene. The following Sunday, the students showed their Tiger pride at the traditional Pep Rally and Bonfire on the main campus.

On Monday, October 18, Mr. Oscar Wyatt and Ms. Ketora Clarke were crowned Mister and  Miss Homecoming 2021 at a Great Gatsby themed pageant complete with 1920 style flapper girl dresses. Ms. Clarke is a junior majoring in biology and is one of the school’s many international students from the Bahamas.  Mr. Wyatt hails from Atlanta, Georgia and is a junior majoring in mass communications. 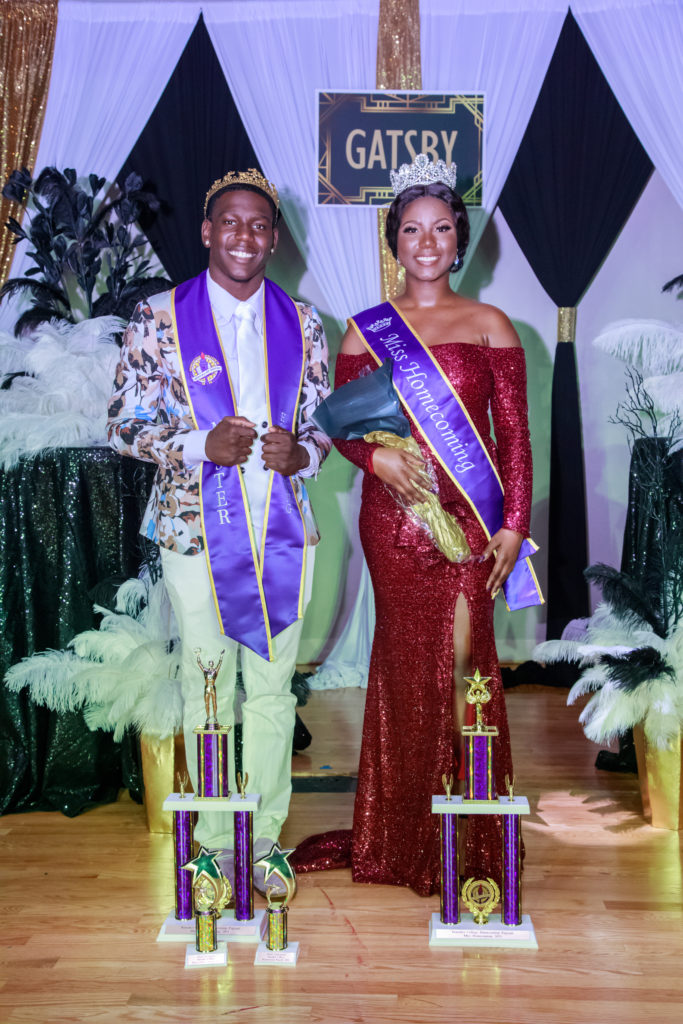 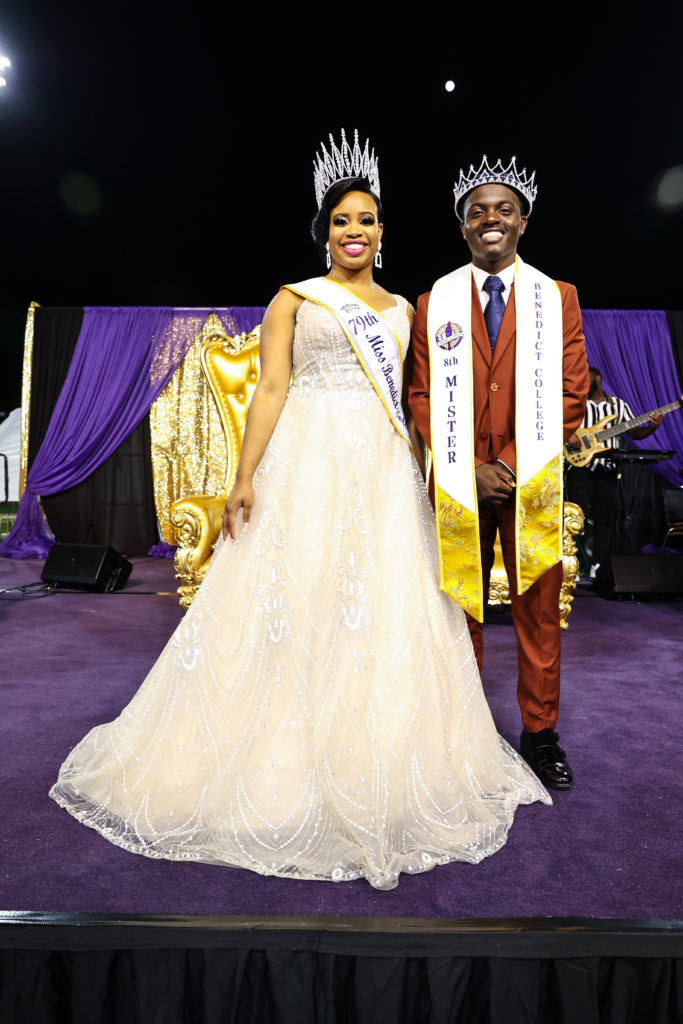 On Wednesday, October 20, The Office of Student Activities and the Student Government Association proudly presented the 2021 Coronation of Ms. Mya Schofield and Mr. Heyveon Clemons themed Queen and King of the South. Mister and Miss Benedict College 2021-2022 were joined by over 80 Kings and Queens from various student organizations along with visiting guests from other SC Historically Black Colleges. The Homecoming festivities continued with a fashion show, step show and a 24 K Magic Sneaker Ball.

The Benedict College Athletic Hall of Fame inducted nine new members on Thursday, October. 21, adding to an impressive group of Hall of Famers. This year’s class includes three standout baseball players, two stellar football players, a track & field star, a volleyball and track two-sport standout, as well as former standouts in softball and basketball. The new inductees include Anthony Wilson ’97, Gerard Washington ’06, Tina Sanders ’06, Attorney Ralph Warren ’71, Melinda Bastian ’11, Gerald Herbert ’90, and Ramon Robinson ’99.  The event was held at the Doubletree by Hilton ballroom, and many previous Hall of Famers attended the event to welcome the new class. The nine new inductees bring the number of members in the Benedict College Athletic Hall of Fame to 215.

On Friday, October 22, the Office of Alumni Relations welcomed and thanked their generous donors with gifts and recognition at the Alumni Leadership Awards and State of the College Luncheon. Friday evening, Dr. Roslyn Clark Artis, President and CEO of Benedict College hosted a reception to thank the College’s major donors personally. The school has over 350 alumni and friends who have given over $1,000 to Benedict College.

Dr. Linda Bell, South Carolina’s epidemiologist who became a household name during the height of the pandemic, served as the Grand Marshall of the Annual Benedict College Homecoming Parade on Sumter Street. The parking area of the Charlie W. Johnson stadium was filled with tents, grills, and happy Tiger fans in the midst of a family reunion.

During the halftime of the Benedict Tigers versus the Morehouse Tigers football game.  The Department of Health and Environmental Control presented Benedict College with the Community Hero Award for the 100 Percent Vaccination rate COVID-19 among all athletic teams.  Skincare industry leader, Palmers announced their $850,000 Partnership with the Tyrone Adam Burroughs School of Business and Entrepreneurship at Benedict College. Their generous donation will support scholarships and professional development programs for students. $500,000 of the total donation will directly support the Burroughs Scholars program. To complement this support, the Burroughs Foundation will contribute an additional $500,000, making the total award to the Palmer’s Scholar’s Program an unprecedented $1.3 million. The funds will go towards supporting existing scholars and future students over the next five years.

Giving back to their alma mater is a common theme among the Tigers as the Groove Phi Groove Social  presented a check in the amount of $75,000 to the Benedict College Groove Phi Groove Endowment for the Kenith D. Belton Scholars.  The organization also challenged all Greek organizations to contribute to the Benedict College Endowment Fund. They were followed by Benedict College National Alumni Association members who present a check to the College in the amount of $1,625,926 for the 2020-2021 fiscal year. Benedict’s dedicated alumni have exceeded the $1M mark for the last seven consecutive years

Founded in 1870 by a woman, Bathsheba A. Benedict, Benedict College is a private co-educational liberal arts institution, offering 26 competitive baccalaureate degree programs. The Midlands HBCU welcomes students from all 46 counties in South Carolina, 30 states across America, and 26 countries around the world.