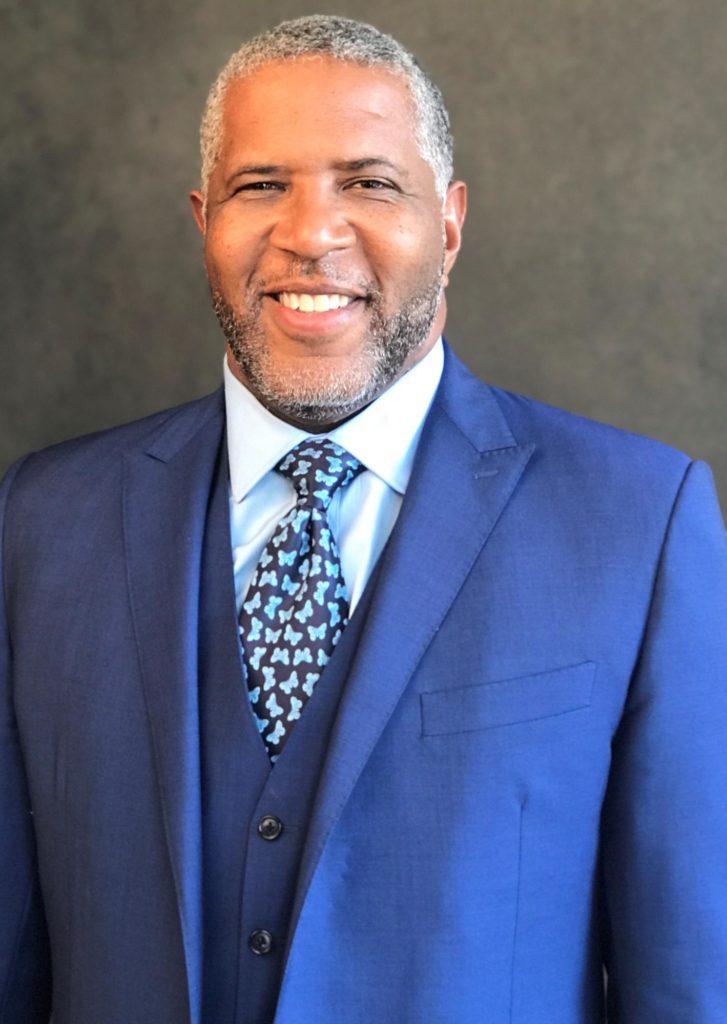 In 2019, entrepreneur Robert F. Smith became a household name to many in the HBCU community, when during the Morehouse College commencement he announced his intention to pay the student loans of that year’s graduates. As a philanthropist, he had previously helped to fund education initiatives, but paying the loans of the Morehouse graduates spurred Smith to examine the broken system which creates barriers to success for minority students. Thus, the idea behind Student Freedom Initiative was sparked as a solution to scale the number of students who might flourish and contribute to their communities if their debts were lowered.

Smith, who serves as Chairman of Student Freedom Initiative said, “The $1.6 trillion student debt crisis in our country is a human rights crisis. The Initiative is purposefully built to redress historic economic and social inequities and to offer a sustainable, scalable platform to invest in the education of future Black leaders.”

Student Freedom Initiative now serves as that catalyst for freedom for students in their professional and lives. This program means that students at Benedict College will have options to consider which may help support their studies. Part of this program includes an income-contingent funding alternative, the Student Freedom Agreement, which will be offered to eligible junior and senior STEM majors at Benedict College and other participating Minority Serving Institutions (MSIs). All Benedict College students will be able to take advantage of the program’s rich assortment of resources, such as tutoring, mentoring and internships as well as other supports geared toward student success in academics and career pathways.

To launch Student Freedom Initiative, Fund II Foundation, a charitable grant-giving organization with a focus on equity and education, donated $50 million. Smith, the founding director and President of Fund II Foundation personally matched that grant with $50 million from his own funds. Since then, partners have come onboard to provide funding and services enabling the program to grow to include more students.

Smith was raised to understand the value of an education. Both of Smith’s parents worked to achieve doctoral degrees in education, even as Smith himself was bussed to a desegregated school outside of his neighborhood. That school, according to Smith, provided him resources and challenged him to grow academically. And Smith grew up in a middle-class tight-knit Black neighborhood in Denver, Colorado, where he was able to safely explore his insatiable curiosity.

Smith’s persistence and drive for knowledge led him to pursue an internship at Bell Labs, designed for college students, while he was still in high school. His first career began when Smith graduated with a bachelor’s degree in chemical engineering from Cornell University. He worked for companies such as Goodyear Tire and Rubber and Kraft General Foods. At Kraft, Smith registered four patents for his work. But as Smith’s knowledge of the world of business and enterprise grew, he was drawn to solve new kinds of problems.

Smith graduated in 1994 from Columbia Business School at Columbia University with an MBA. Shortly thereafter Smith began his financial career at Goldman Sachs, where he utilized his engineering skills to craft elegant solutions and his understanding of technology helped him to take the lead in that sector for his firm. In 2000, Smith launched Vista Equity Partners, where he is Chairman and CEO. For over twenty years, Vista, a global investment firm, has focused on  enterprise software, data and technology-enabled companies, delivering a differentiated and disciplined approach to software investments and scaling portfolio companies.

Before Smith became a well-recognized philanthropist through his $34 million gift to the Morehouse College graduating class of 2019, he sought out ways to give back to his community. Smith’s family and his fraternity, Alpha Phi Alpha, have strong traditions that emphasize community service, which includes philanthropy.

Smith became the first African American to sign the Giving Pledge in 2017. With his wife Hope Smith, he committed to donating vast portions of his wealth to causes that would uplift his community and provide others with the kinds of opportunities that lead to new innovation and a better future for all.

Smith has supported other education initiatives beyond the Student Freedom Initiative. Smith’s gift to Cornell University’s School of Engineering included $10 million specifically for women and African American students pursuing science and technology degrees. The university renamed the school he graduated from: Robert Frederick Smith School of Chemical and Biomolecular Engineering in honor of his achievements and his generosity.

Some other education programs Smith has supported include:

Smith lends time and support to numerous organizations that contribute to the revitalization of the workforce through diversity and inclusion, including the Business Roundtable, where he is an at-large board member. He is an advocate for national criminal justice initiatives through REFORM Alliance and through an award-winning podcast, Black History in Two Minutes, for which he is an executive producer, he has been able to reach audiences with facts about Black American history.

Smith has been the recipient of numerous honors, including the Carnegie Medal of Philanthropy, the UNCF President’s Award and the Ripple of Hope Award from Robert F. Kennedy Human Rights. Smith was profiled as one of TIME100’s most influential people of 2020, and that same year, he was included as one of Forbes’ 100 Greatest Living Business Minds. He was a Texas Business Hall of Fame 2019 Inductee. Smith serves as Chairman of Carnegie Hall and serves on other esteemed boards, such as the Board of Overseers of Columbia Business School, and he is a member of the Cornell Engineering College Council.