New initiative to help HBCUs enhance career readiness and leadership development for students is a welcome development for Black college leaders, who say such philanthropic partnerships will yield better results than one-time infusions of cash. 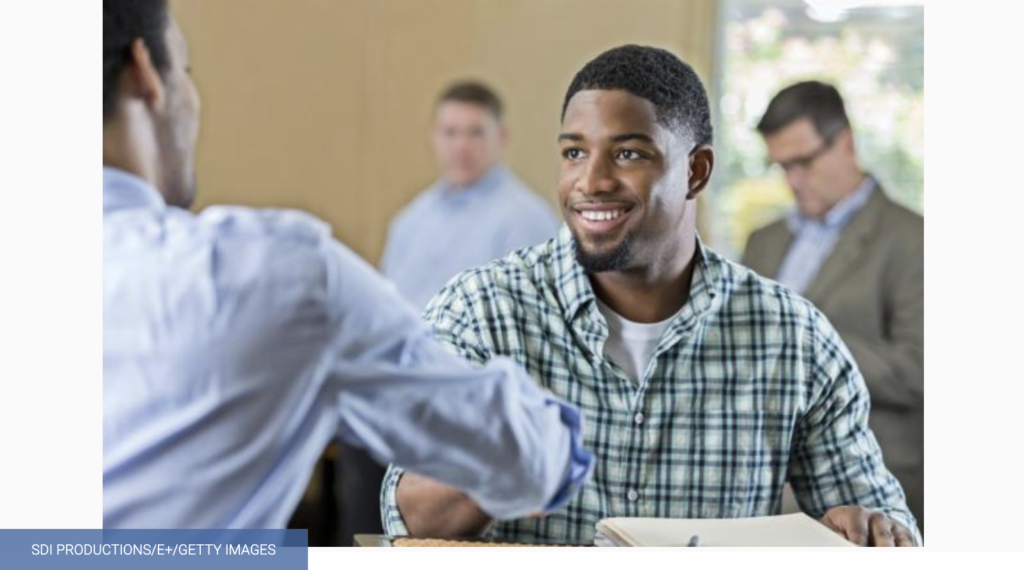 Twenty-eight historically Black colleges and universities have joined an initiative to “scale experiential learning and leadership development” across their campuses and help students prepare for future careers and achieve economic success.

The initiative, which was announced today, is the result of a partnership between the HBCUs and the Strada Education Network, a nonprofit organization focused on student economic mobility. Strada will invest $25 million to create a scholarship program across the HBCU campuses and bolster the institutions’ existing support services for student interns and leadership-development programming for students.

Students attend HBCUs because “they’re really trying to change their life trajectory,” said Tony Allen, president of Delaware State University and a member of the project’s advisory council. Students need access to an affordable education, he said, they need “honest conversations with folks you want to become” through professional networking opportunities, and “expertise that’s going to distinguish you in the marketplace” — all of which he believes the partnership with Strada will provide.

The launch of the initiative follows a yearlong “listening tour” and discussions between Strada staff and HBCU leaders across the country about the career readiness and leadership opportunities on their campuses, the needs of their students, and how the organization could help. About a third of the nation’s HBCUs participated in the conversations, said Daryl A. Graham, Strada’s senior vice president of philanthropy.

As a part of the partnership, each HBCU will select three students every year for four years — a total of 12 students at each institution over the course of the initiative — to serve as Strada Scholars. Each scholar will receive a $7,000 annual tuition scholarship, and each institution will receive a certain amount of funds per student — $1,200 to offer internship supports and $1,200 to offer leadership-development resources, at HBCU leaders’ discretion.

“We hope to expand this work with an even broader cohort of institutions in years to come,” Marshall Grigsby, Strada trustee and co-chair of the advisory council, said in a press release.

Graham said an advisory council of seven current and former HBCU leaders, formed in May, guided plans for the funding.

“Just because they’re HBCUs, I think the biggest thing people assume is that they’re all the same,” said Graham, an alumnus of Morgan State University. “The things that are important to them may be the same, but the way in which it happens, the culture on campus, the way in which they helped the student to be fully supported in many ways, is sometimes different. What we didn’t want to do — and what we don’t ever want to do — is to tell them how to do it … They’ve been around for over 100 years.”

Allen noted that HBCUs serve a disproportionate number of first-generation college students, who often don’t have professional connections in the corporate world that could lead to networking opportunities, which makes the need for HBCUs to offer robust career preparation services and supports even more important.

These students are also often "first-generation corporate," with little experience or family history in the corporate world, he said. Roslyn Clark Artis, president of Benedict College in South Carolina and a member of the advisory council, pointed out that the partnership also gives HBCUs “wide latitude” in how they use the funding. For example, she’s considering offering scholarship recipients stipends to pay for professional attire and transportation for their internships. She noted that 84 percent of Benedict College students could not afford college without the federal Pell Grant and are unlikely to have closets full of work clothes. She also highlighted that one of the unique aspects of the scholarship component of the program is its 3.3 GPA requirement. Many scholarships only focus on students with the highest grades, rather than “high-potential, high-capacity students who just need a little bit of help to realize their greatest dreams academically and otherwise,” Artis said. “The assumption that only the top students are worth the investment really is a fallacy in many respects.”

Another crucial component of the initiative is funds for administrative support, said Graham. He noted that HBCU leaders know what programs and projects would benefit their students and prepare them for leadership opportunities and careers, but the institutions often lack the capacity to implement them.

Philanthropists have lately showered new attention and funds on HBCUs since nationwide protests erupted last summer after the police killings of George Floyd and Breonna Taylor.

Artis said the outpouring of financial support was the “confluence” of a number of key moments, including Black Lives Matter protests, measures to support HBCUs under the Trump administration — such as the passing of the Future Act, which secured long-term federal funding for the institutions — and the election of Howard University alumna Kamala Harris as vice president.

HBCU leaders appreciate the funding — “we take all checks,” Allen said — but he also doesn’t know “how long that window is going to be open.” He noted that many of these donations have been one-time cash infusions without an ongoing relationship with the institutions.

He believes the Strada partnership is different because “they’re playing long ball.”

“They listened,” he said. “They didn’t just figure out some things had happened with regard to race and civil unrest in America and write a check. They actually took a year, talked to me and my colleagues across the country, really wanting to understand the HBCU experience. Instead of simply saying, ‘Here’s a check,’ they said, ‘Here’s a partnership.’ I feel like they’re going to be with us as we go through this process, meaning we will learn together, we will correct ourselves along the way and we’ll create unique opportunities.”

The partnership will also include an annual convening for HBCU presidents to share best practices, and Allen hopes there also will be opportunities for students to network with each other.

Graham emphasized that the goal of the partnership isn’t just to support a cohort of students but to effect multigenerational change for Black students and their families.

“The framework for Strada Scholars isn’t about just one person,” he said. “It’s about all of us. If all of us can work together to make a better pathway for students to be developed, to be mentored, to be coached, to be empowered, we will live in a better society than we do right now.”