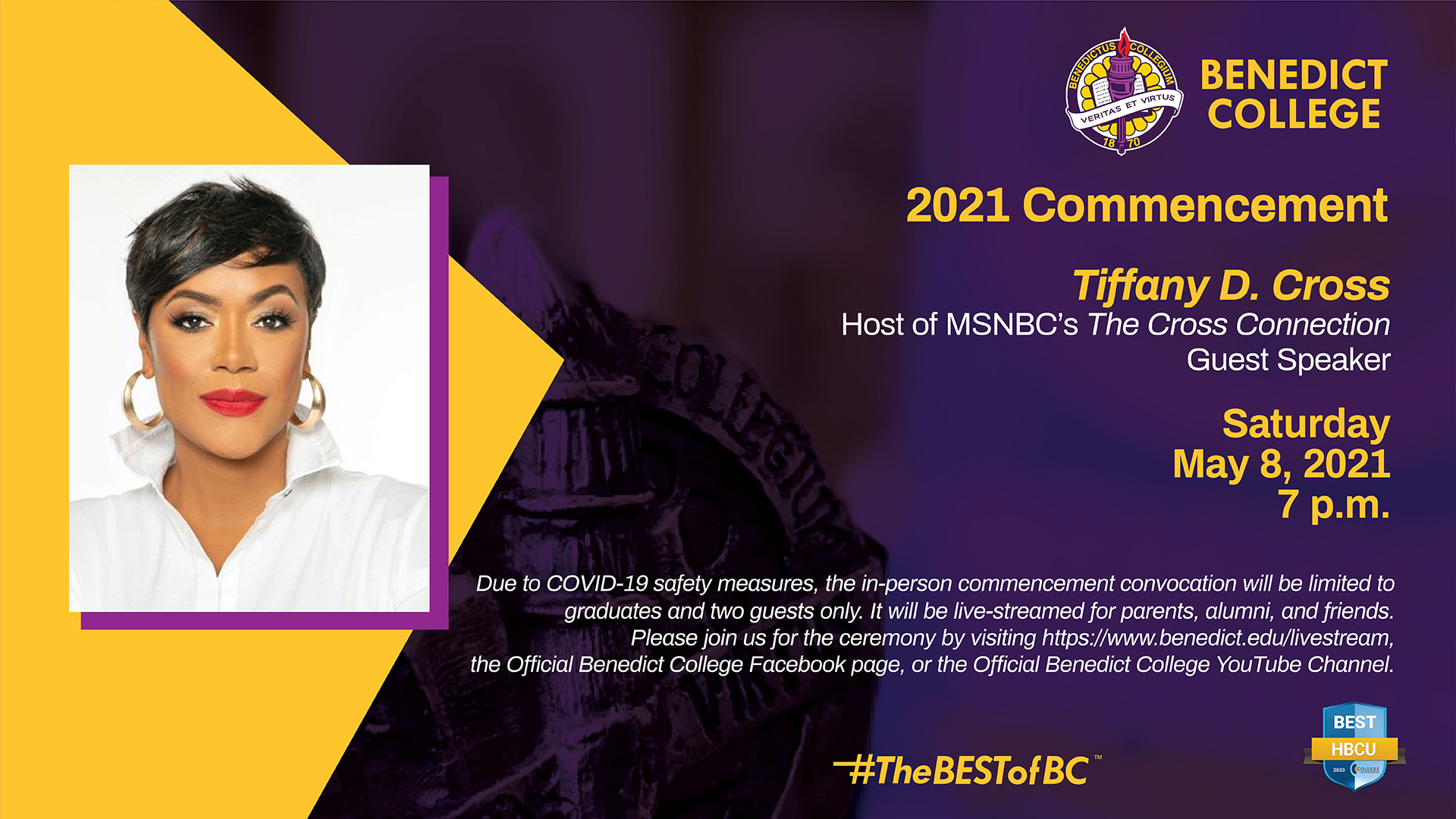 On-air Political Analyst and Cable Newsroom Veteran Tiffany D. Cross will be the Keynote Speaker at the 151st Commencement Convocation

Commencement Ceremony will be held 7:00 p.m., Saturday, May 8th at the Charlie W. Johnson Stadium 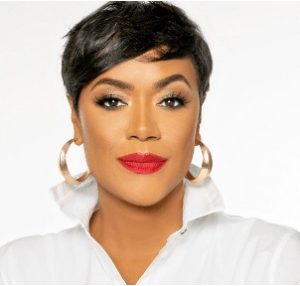 COLUMBIA, SC., April 28, 2021, Ms. Tiffany D. Cross will be the keynote speaker for the 151st Commencement Convocation on Saturday, May 8th at the Charlie W. Johnson Stadium. Tiffany D. Cross is an on-air political analyst and cable newsroom veteran. She is the author of  Say It Louder: Black Voters, White Narratives, and Saving Our Democracy (Amistad/HarperCollins). Cross is Resident Fellow at Harvard Kennedy School’s Institute of Politics (Spring 2020). Her broad experience across media, politics, and policy includes more than two decades of navigating newsrooms and campaigns while engaging different constituencies on the ground. Currently, Cross hosts The Cross Connection on MSNBC, which airs on Saturdays.

“We are excited to welcome a fellow HBCU alumna who brings a broad experience across media and policy along with two decades of navigating the nation’s capital,” said Dr. Roslyn Clark Artis, President and CEO of Benedict College. “Ms. Cross’ unique insight and ability to connect with her audience makes her the perfect speaker to address the Class of 2021.”

Cross previously served as the DC Bureau Chief of BET News and the Liaison to the Obama Administration for BET Networks where she covered Capitol Hill, produced political specials, and oversaw the daily operations of the news department. She cut her teeth in media at CNN where she worked as an Associate Producer covering Capitol Hill for the network’s weekend show unit. Cross also previously served as a Field Producer for America’s Most Wanted and Discovery Communications.

No stranger to the campaign trail, she not only covered campaigns but worked on them as well. She has lent her expertise to numerous local, state, and federal candidates as well as issue campaigns across the country. Serving as a senior advisor to one of the country’s largest labor organizations, one of Cross’ many tentacles was organizing all communities of color on both a local and national level. Using her media background, Cross has helped shape the narrative around issues, individuals, and ideologies.

Leaving the campaign stump, she transitioned from the control room to the green room when she co-founded The Beat DC, a national platform intersecting politics, policy, business, media, and people of color. With a readership comprising influencers across the country, Cross led a team that made the fast-moving current affairs in a busy legislative climate digestible for the political connoisseur and novice alike. She quickly became a sought-after voice in the progressive discourse and is a frequent guest on MSNBC, CNN, and SiriusXM.

Born in Cleveland, Ohio, Cross left at a young age and moved to Atlanta, Georgia. She attended Clark Atlanta University where she studied Mass Communications with an emphasis on radio, TV, and film. She currently lives in Washington, D.C.

Additional Information:  Each graduate may RSVP to have two guests attend the ceremony. RSVPs are required to attend the ceremony. Please visitwww.benedict.edu/commencement/ for rsvp information. Face masks are required, and Covid-19 safety measures will be observed and practiced during the ceremony.  Those who are unable to attend are invited to participate virtually on www.benedict.edu/livestream, Benedict College Official Facebook page, or the Benedict College YouTube channel.

The stadium gates will open at 5:00 p.m. for graduates and registered guests. Graduates and guests will be given temperature checks and assigned designated seats upon arrival to the stadium.  For health and safety reasons, all hooding and/or pinning elements of the ceremony will be contactless and involve graduates hooding and/or pinning themselves. Social distancing will be practiced throughout the ceremony.