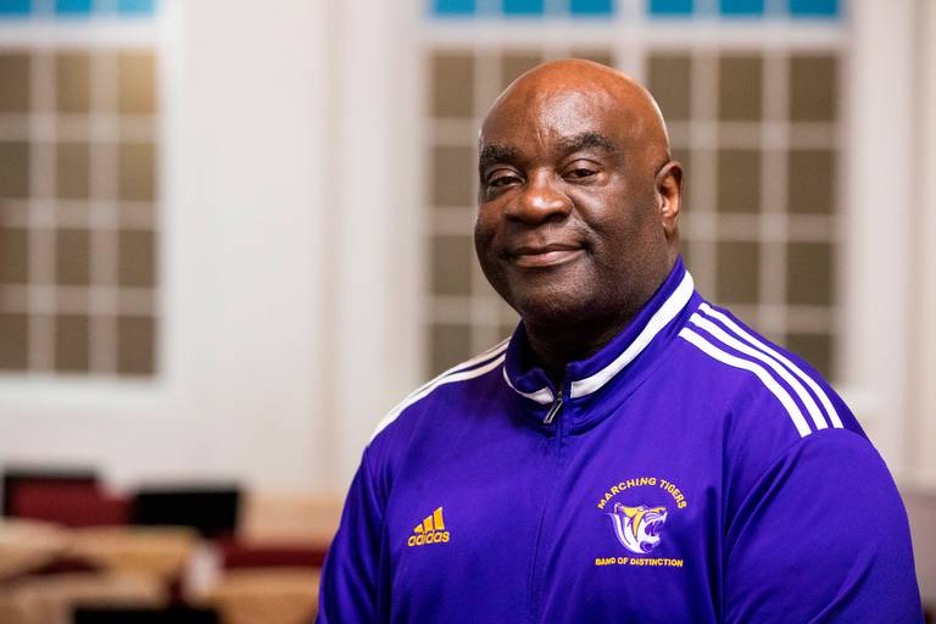 Listen up! Long tradition of HBCU marching bands a reason to celebrate

Wade Johnson, director of bands at Benedict College, on Thursday, October 28, 2021. The Marching Tiger Band of Distinction is award winning and performs nationally.

Outside, the drizzle continued to fall, the perfect end to a rainy, dreary Thursday, but inside the walls of the Second Nazareth Baptist Church it was hard not to smile. The BCBOD, which sounds much better when Professor H. Wade Johnson announces it in his booming voice, was rehearsing. The once quiet sanctuary was alive with joyful music and everyone in the room was in on the action.

The BCBOD, short for the Benedict College Band of Distinction, is the school’s roughly 200-member marching band. “We outgrew the program on campus,” Johnson explained before practice began. The band had 83 members just three years ago and its growth meant it had to find a new rehearsal space off campus.

The growth has brought new  found success and the band has been ranked number one in the ESPN Undefeated HBCU Band Rankings Division II. “It is indeed an honor to once again be voted the No. 1 HBCU Division II marching band in the country. We accept and wear this title as a badge of honor,” Johnson told the Undefeated for a story about the rankings. “Each day, we strive to be better and consistent as we continue [to] build our musical legacy at Benedict College. The Benedict College Marching Tiger Band of Distinction is an organism that thrives on discipline and order. God has ordered our steps!” They are part of a proud history of historically black colleges and universities or HBCU marching bands.

According to the National Museum of African American History & Culture, “The distinctive HBCU marching band style, which originated in southern historically black colleges in the 1940s, has evolved into legendary performances that reflect a blend of military music traditions and popular songs. HBCU marching bands, including the famous Battle of the Bands competition, offer extravagant spectacles that bring together African American communities.” Just before practice, Johnson said the new-found fame and attention for the school’s marching band doesn’t take away from the daily focus on playing well and continuing to improve each day.

“We don’t brag and boast about our performance,” he said. “We’ve never been arrogant or cocky, but we’re confident about what we do.” That confidence was evident in the sanctuary as the band members filed in. They practice regularly and they soon came together each section – brass, wind, percussion – taking their places. When the music started, it was easy to picture them on the field in their full purple and gold regalia moving in unison to the beat. You can watch them in action on the band’s YouTube channel. This was a serious practice, but they were having fun swaying together in an indoors version of their signature choreographed moves.

In addition to practices and a rigorous 10-day band camp, held before classes start, they travel every other weekend for competitions and games. “All Joe Public sees is the finished product,” Johnson said. Band members must have at least a 2.3 GPA, but Johnson said about 70 percent of the members maintain much higher grade point averages. The hard work has paid off in many ways. Not only are they highly ranked, but they recently learned they will be heading to New York in 2022 for the Macy’s Thanksgiving Day Parade.

“They were screaming and hollering when they found out,” Johnson said. Sophomore Uriah Loney, who plays the tenor drums, said the news surprised everyone. “I’ve never been to New York before,” he said. “I’m excited to see the Statue of Liberty and Times Square.” He’s one of several members who appears on the field with five drums, known as quints. “This is a family,” he said of his bandmates. Johnson, a trumpet player who once considered a career as a football player, thinks of the group as much more than a campus activity. “We are not an organization. We are an organism. We live what we do,” Johnson said. What goes on in college classrooms and on athletic fields often draws more attention, but the BCBOD knows there is so much more to enjoy and celebrate. 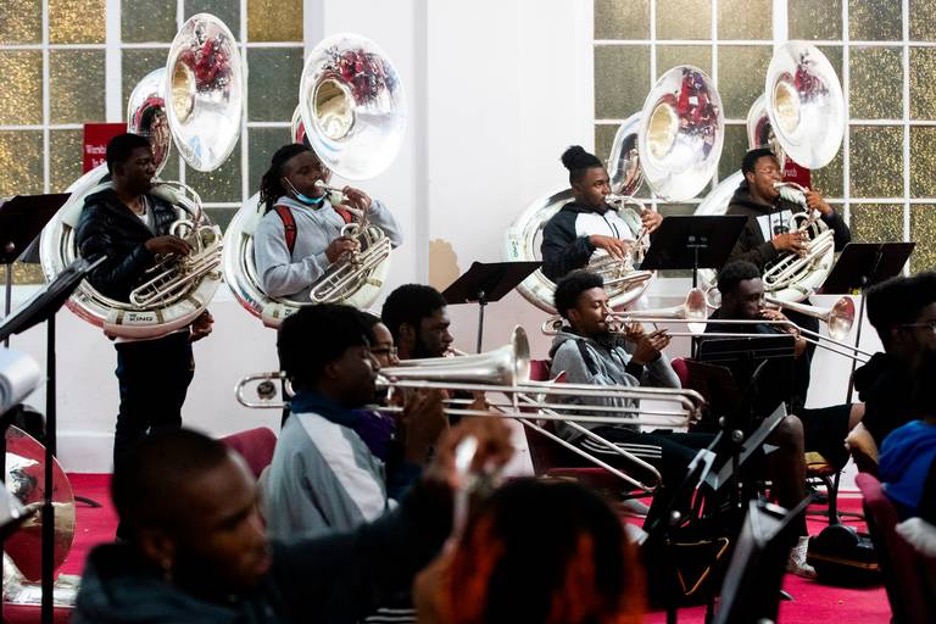