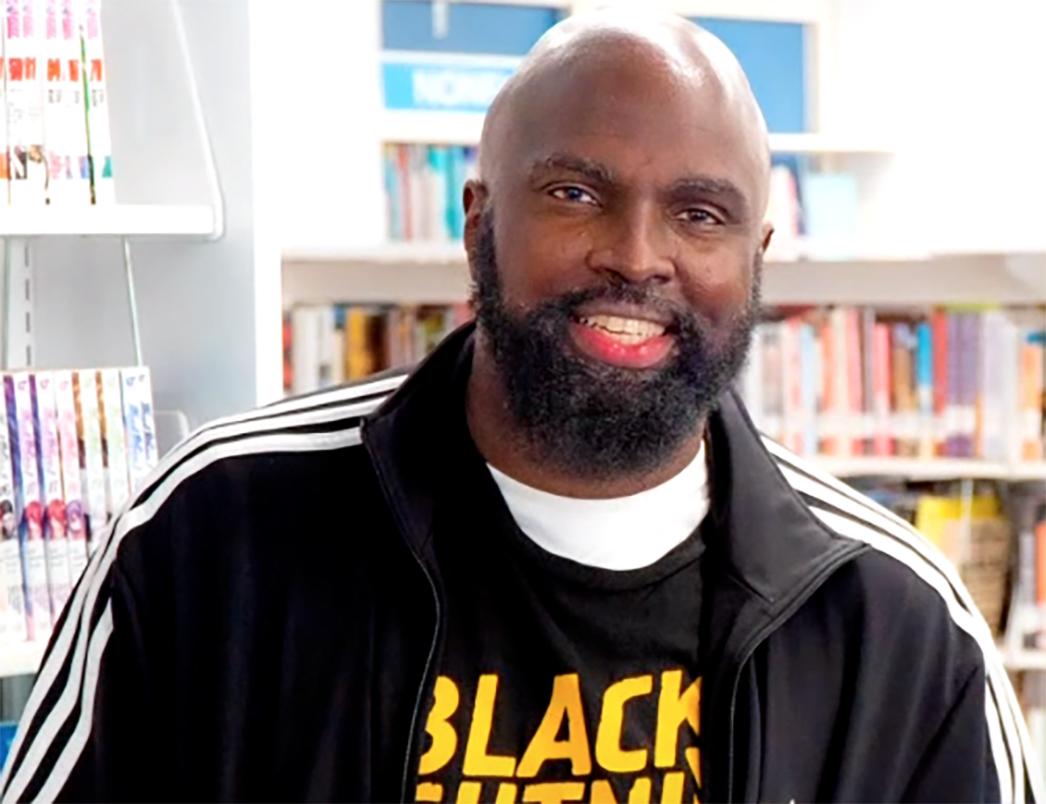 Illustrator Sanford Greene paving the way for Black heroes, and the artists behind them

COLUMBIA, S.C. — Sanford Greene’s work is a colorful, action-packed testament to why Black heroes matter, inside of comic books and out.

Greene, a South Carolina native, is a comic book industry veteran. Over the years his art has been featured in Marvel, DC, Dark Horse, and Image Comics, to name a few.

His illustrations don’t just come alive on the pages of graphic novels. He recently completed a project with Peloton, designing artwork for its 2021 Black History Month Collection.

Greene decided he wanted to be a comic book illustrator around age 8 or 9, according to the artist.

He says it was a trip to K-mart in Greeleyville that changed his life. He was looking for a toy when he noticed a spinner rack full of comics.

“And that’s when the heavens parted.”

After the pre-teen convinced his mother that he would actually read the comics, she agreed to purchase them. This started Greene on a path to becoming the artist he is today.

“And that was it,” Greene said. “Instead of looking at the cartoons and trying to draw from these moving pictures that I didn’t understand how they moved. Now I got still images. And I can study that.”

Thumbing through the pages, he decided he would grow up to be a comic book illustrator.

RELATED: What is ‘A Seat at the Table?’

Greene said the people that mattered in his life, like his mom and dad, fully supported his dreams. While he said there were some “detractors,” their opinions didn’t phase him.

RELATED: How to nominate someone to be profiled for ‘A Seat at the Table’

After receiving the news, he thought it was a prank.

“I told my wife, once I realized what it was,” said Greene. “And I’m like, ‘this is it. I’ve made it.’ ” Greene says he was working at Blockbuster at the time and decided to quit.

He said the job with Lucas was a short-lived opportunity.

“I didn’t prepare for beyond that. I just saw that opportunity and went for it,” Greene said.

With a pregnant wife at the time, Greene said that the decision turned out to be a tough but valuable lesson.

“The opportunities come in waves, so you have to prepare for the waves,” he said.

Greene’s current project is a monster-hunting comic book set in the Harlem Renaissance, titled “Bitter Root.” The continuing series was first published in 2018. 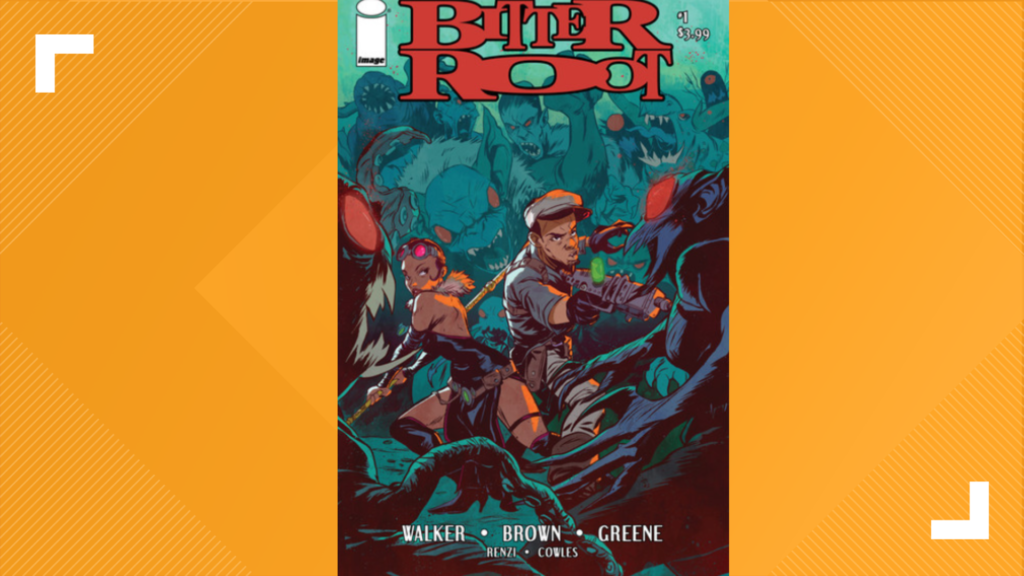 In 2020, Greene and writers Chuck Brown and David Walker, were honored with an Eisner Award for “Best Ongoing Series” for “Bitter Root.”

The achievement is considered the equivalent of winning a Pulitzer Prize for literature or an Academy Award for the film. 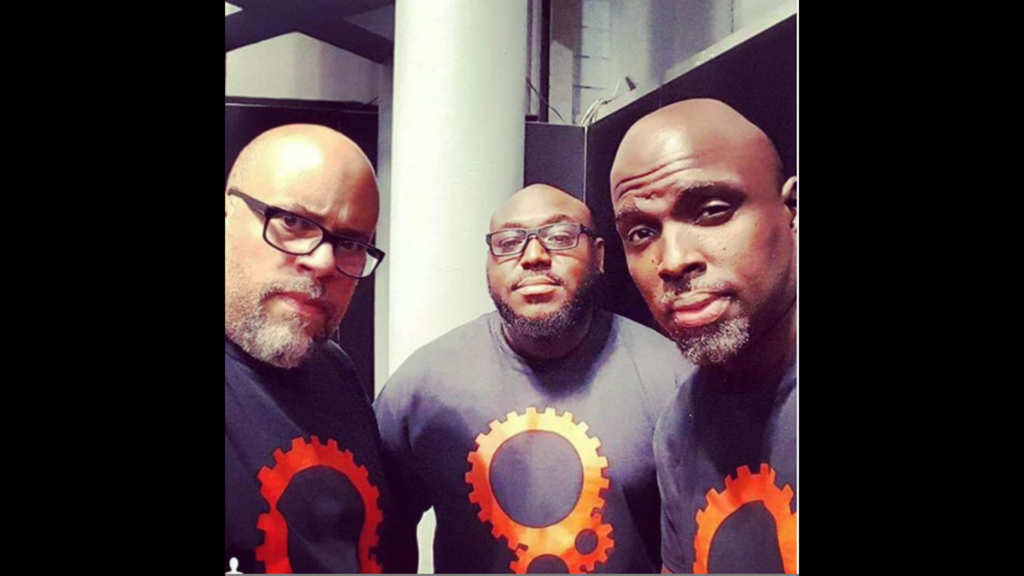 He says the film “Black Panther” helped launched the series.

“The film Black Panther opened the door,” Greene said. “We were like, ‘now’s the time.'”

The Blank Panther film was more than just a movie, it was one of the first that challenged who a hero looked like, and created a whole Black fictional world where Black heroes and Black characters were the main story.

Their graphic novel will soon make its way to the big screen, signed by Ryan Coogler, director of the “Black Panther” film. Greene says Coogler owns the right to the “Bitter Root” film.

Greene says this an example of artists feeding off the energy of inspiration.

It’s also a nod to why representation matters, seeing Black heroes on the big screen and in comics.

The comic was created by an all-black team and features mostly black characters. The Washington Post says it embraces “the black artistic creativity of the Harlem Renaissance but also recognizing the racism of the time.”

Greene understands and values the weight this kind of story carries.

“We’re not doing this because we’re angry black men,” he said. “We’re doing this because, one, it’s our truth, but it’s a truth in general. This is history that we’re using in this. Stuff that people, in general, don’t really know a lot about. We’re just using it as a backdrop to move this fantastical story along the way as well.”

Greene acknowledged the lack of people of color in his industry, but said progress had been made.

“It’s starting to be very diverse, a lot more than my generation,” Greene said. “And definitely anyone before me.”

He wants his work to open doors for more artists and storytellers.

“The baton is in our hand,” Greene said. “We’re running with it now. It’s up to us, to you know, keep moving it forward.”

Greene also spoke about the importance of creating characters of color, and said he wants his characters to be roles that people can connect with and have conversations around. 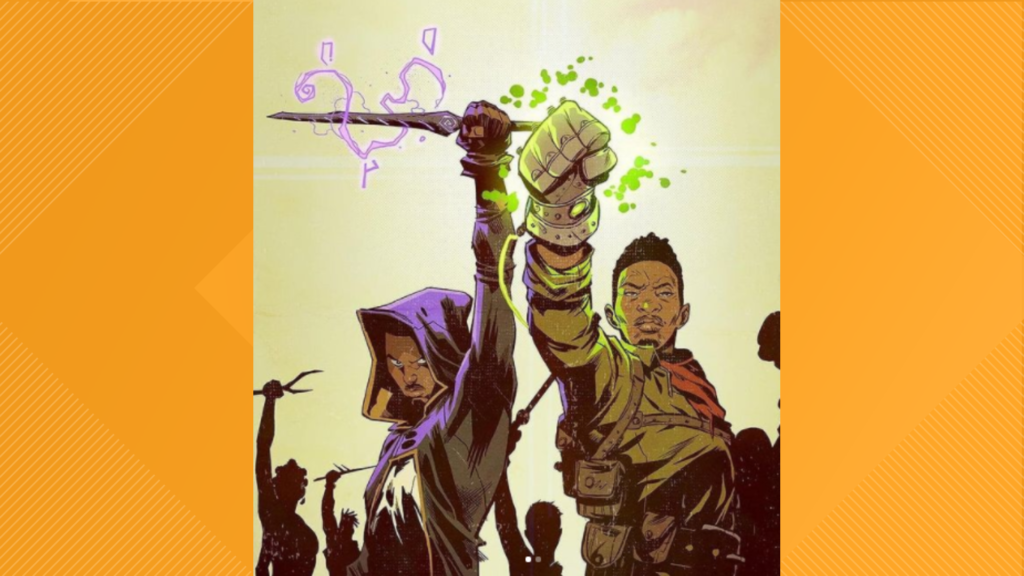 Greene is a proud husband and a father of two. 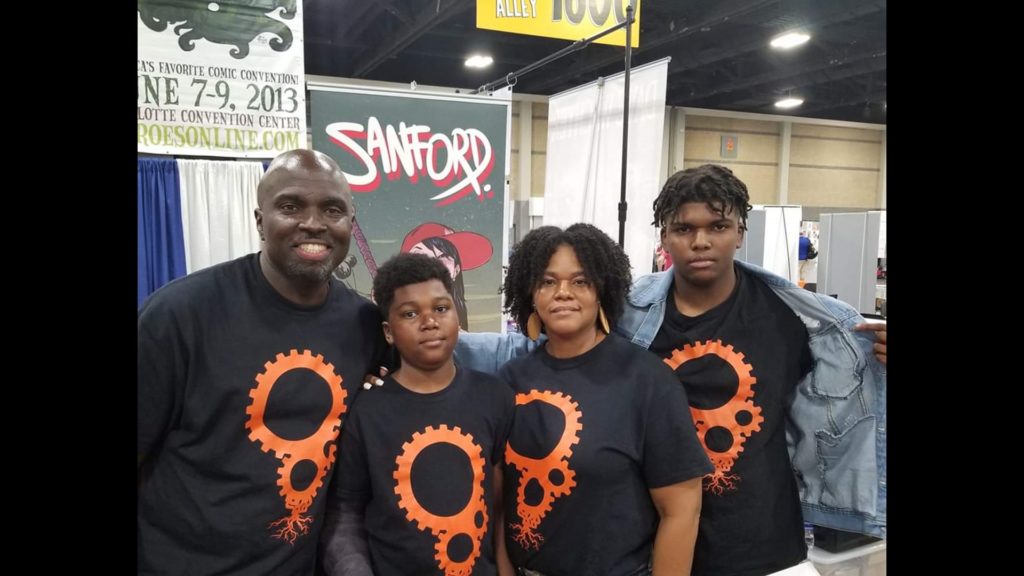 Greene says his wife has been his “rock,” and is the dad to his two “amazing” sons. They are what keep the illustrator grounded and motivated.

He says they’re the driving force behind his work.

“God has blessed me with some tremendous opportunities.”

He teaches his craft at schools around the country, and taught sequential art at Benedict College as part of a Master Class series.

He bragged on one of his former students who just landed a job with DC Comics.

“I felt like I got the job,” Greene said. “When I feel like that. That’s when I know this is a good place to be.”

Greene breathes life into characters, creating worlds with the stroke of a pencil. At the same time, he creates spaces for other young artists.