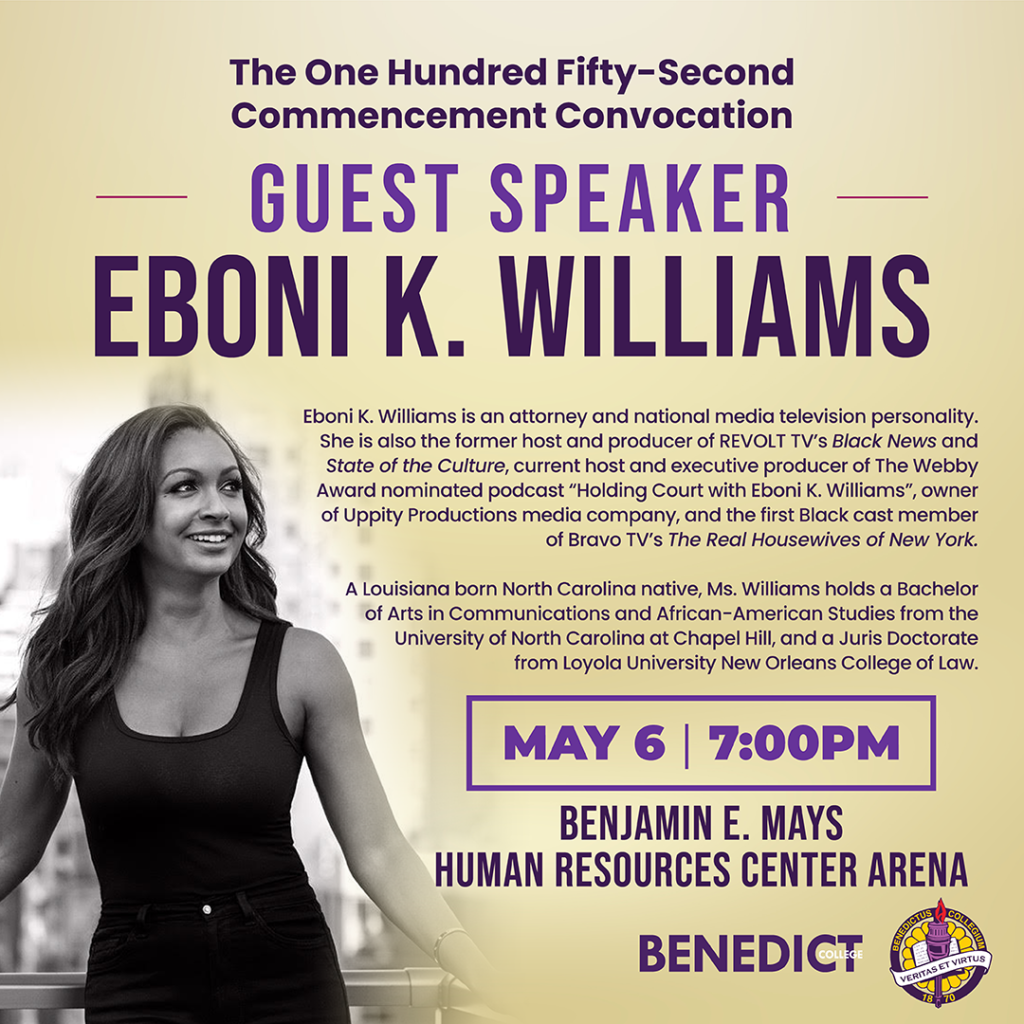 Eboni K. Williams is an attorney, best-selling author, and national media and television personality. She is also the former host and producer of REVOLT TV’s Black News and State of the Culture, current host and executive producer of The Webby Award-nominated podcast “Holding Court with Eboni K. Williams”, owner of Uppity Productions media company, and the first Black cast member of Bravo TV’s The Real Housewives of New York.

A Louisiana born North Carolina native, Ms. Williams holds a Bachelor of Arts in Communications and African-American Studies from the University of North Carolina at Chapel Hill, and a Juris Doctorate from Loyola University New Orleans College of Law.

She began her professional experience in Louisiana in the wake of Hurricane Katrina. As a law student, she clerked for the Louisiana Secretary of State and the Louisiana Attorney General’s Office, worked for various New Orleans politicians, and went on to practice family law and civil litigation as a public defender and private defense lawyer in North Carolina, representing clients in criminal matters including murders, rapes, high volume drug cases, sex crimes, and federal offenses. 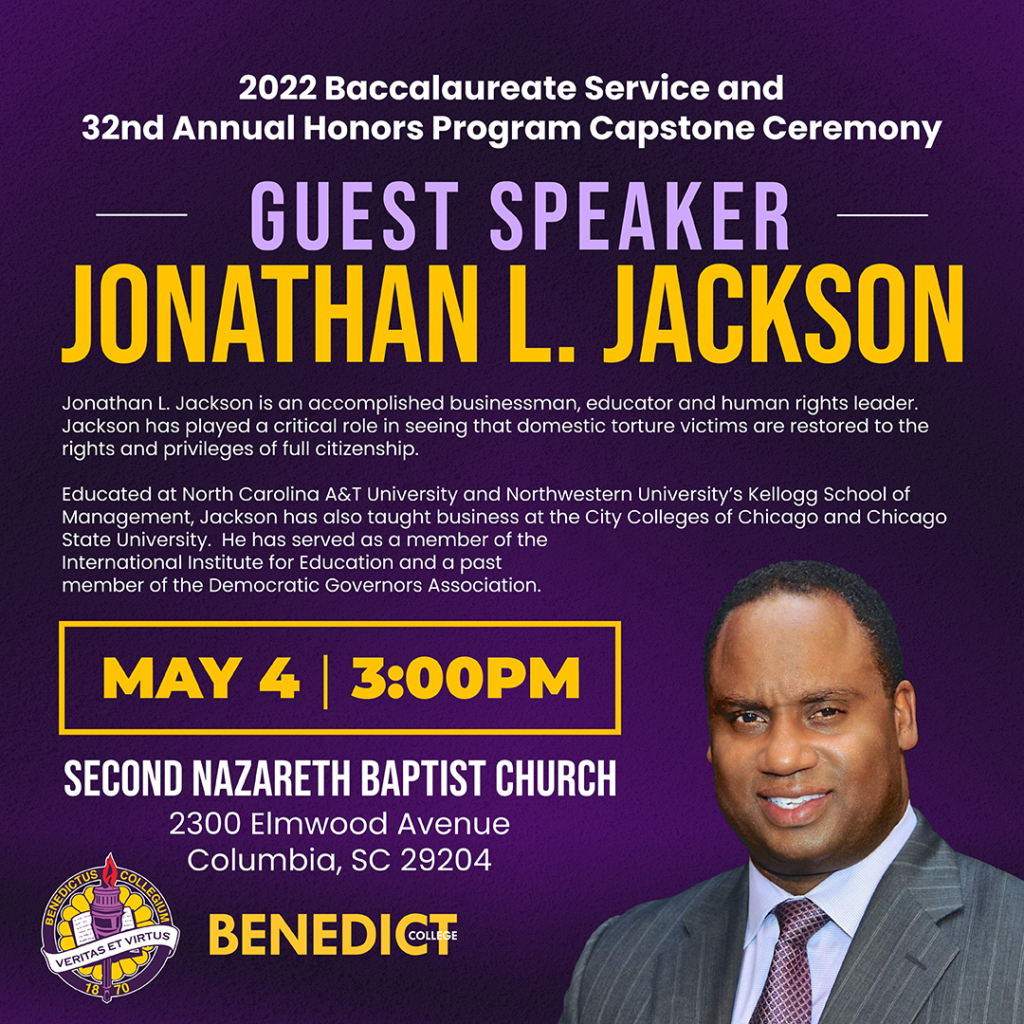 Jonathan L. Jackson is an accomplished businessman, educator, and human rights leader whose advocacy and business savvy has taken him around the world, including Mauritania, Libya, Senegal, South Africa, Qatar, Great Britain, and many of the Caribbean islands, including Haiti.

As a sought-after speaker and thought-leader, Jackson recently traveled to Kolkata (Calcutta), West Bengal, India, to speak on the legacy of Mohandas Gandhi on the occasion of his 150th birthday commemoration. Jackson also journeyed  to Austria to present at the State of the World & Global Peace Forum.  Stateside, Jackson has been on the front lines of uprisings against police brutality. In the wake of the May 25, 2020 killing of George Floyd, he spoke at rallies on the ground in Minneapolis. He went to Louisville, Kentucky, on what would have been the  27th birthday of Breonna Taylor: A first responder, Taylor was killed in her home shortly after midnight March 13, 2020 by police entering the wrong residence. 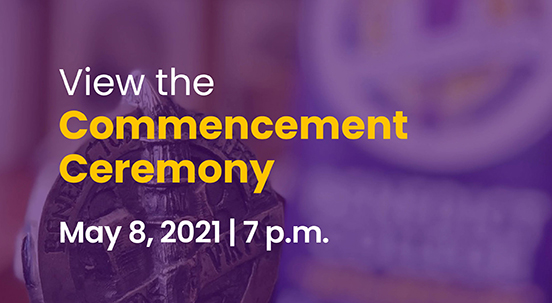 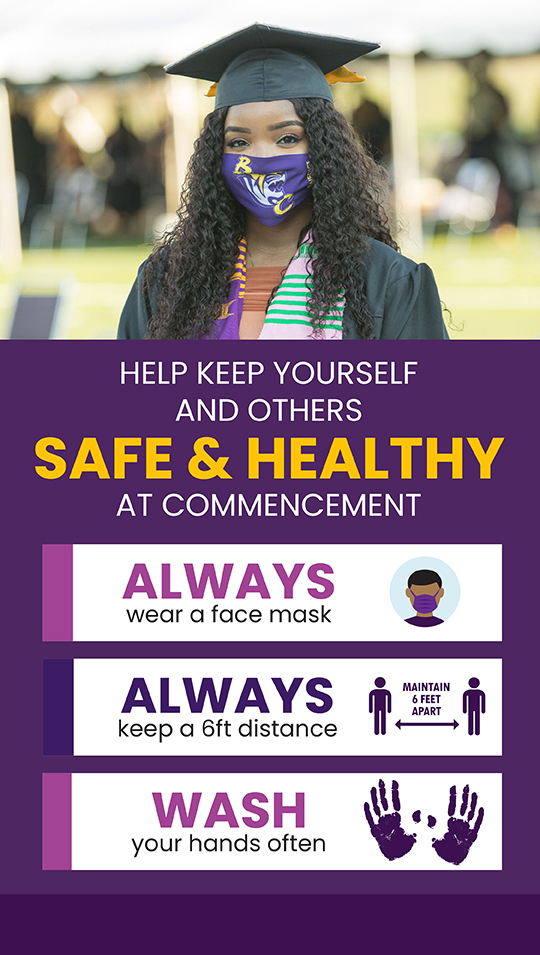