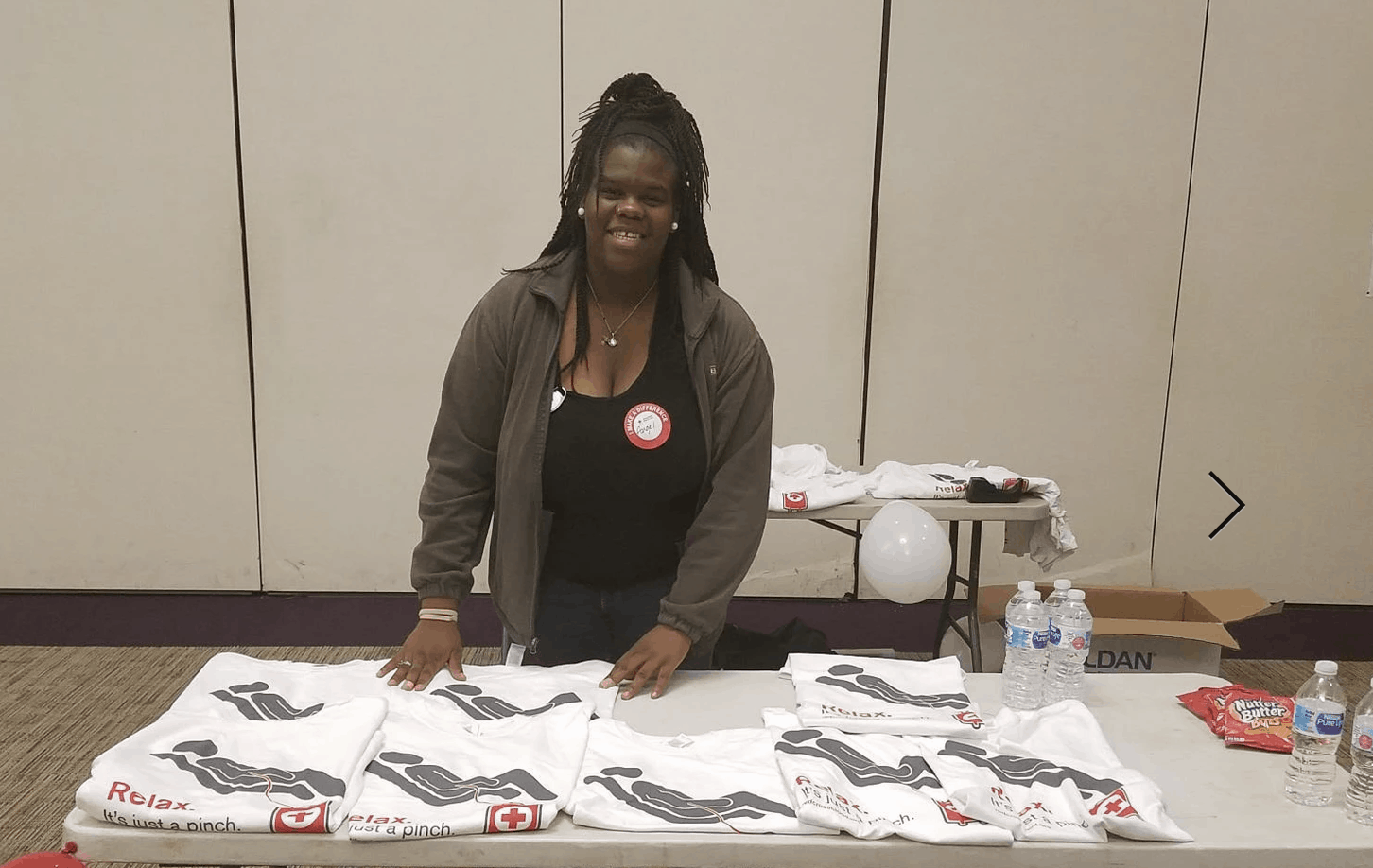 BSW Students Make an Impact on the Community.

A few of our December 2018 graduating seniors Dajae Brown, Precious Gray, and Angel Harrison took the liberty of taking two weeks of their time out to plan a blood drive here on Benedict College’s campus. Starting off with a proposal to sell to the coordinator including music/food/incentives, along with their mission, these scholars had a goal to get at least 50 people in attendance. The week prior of the blood drive, they dedicated themselves to promoting with flyers, surveys, and handing out candy in the Swinton Center from 11-2. They also gained a lot of knowledge on red cross from the seminar BCD center, that they shared with others and received donations. After getting service learning hours approved, they also went to the Social Work Department to approve extra credit points for social work major’s attendance, and participation. For these actions to be put into effect, they created sign in and sign out sheets made appointments with staff and students, along with walk ins, this helped them have an awesome turnout, and reach 90% of their goal; and they are very proud of the outcome of their first event conducted themselves. They arrived on the day of the blood drive, bright and early to set up and sign in, and their hard work was paid off.

Branchville is a small town located in Orangeburg County, where our BSW students spent three days and two nights at Branchville high school, which serves as an elementary, middle, and high school combined. In preparation for the storm, they unloaded and set up an emergency shelter for the first time, giving them a hands on learning experience of what it is like to be in a critical situation. They all agree, it was not easy for them to adapt to an environment with such a lack of resources. It was challenging for them to cope and remain calm throughout the process, but above all, they gained so much knowledge and feel they will be better prepared in the future. Another asset they obtained from this experience is networking, they were able to meet a lot of people who work in DSS, have been social workers for years, in different organizations, and this gave them a great platform to promote the blood drive. All and all they learned the importance of patients, and know what to expect in the future.

The disaster training needed in order to be a part of the emergency shelter preparation is free, all you have to do is make an account with American Red Cross, and you must have an instructor.