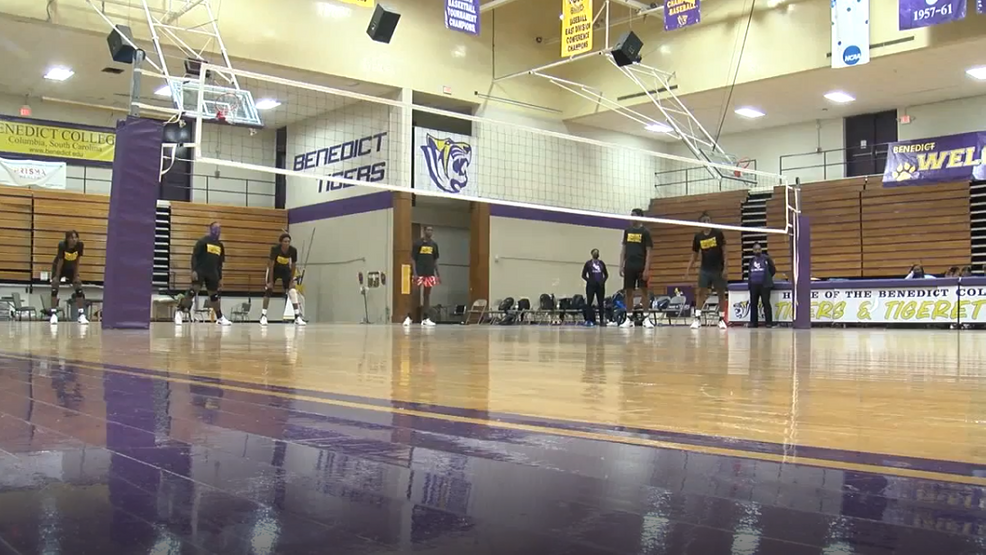 It is one of six Historically Black Colleges and Universities (HBCU) that received funding to add a men’s volleyball team back in 2019.

“We’re getting tons of emails from young men that are interested,” said the men’s and women’s volleyball head coach Gwendolyn Rouse. “Some of them are excited just to know that they could be one of the first to actually come to a HBCU and make a difference in the volleyball program.”

The six schools are the first HBCU’s to have the program, but the history making season was put on pause in 2020 due to COVID-19.

“They’ve been waiting to play,” said Rouse. “They’ve been getting on my nerves all during the fall, all in the girls’ practice, but you know some times you can’t get mad because they just really want to play.”

The time off turned into time to prepare.

“We’re got a lot of practice in the fall, and at the same time it gave me a longer time to recruit,” said Rouse.

“The wait was worth it because we could practice more,” said freshman Clint Forbes.

Now, the complete Tiger team is ready to attack.

“We can play and we’re going to show that we can play,” said redshirt freshman Benjamin Attles. “That’s what we out here to do.”

“I want to go have fun regardless if we win or lose,” said Forbes. “I’m excited for the experience .”

Forbes is from the Bahamas He is one of nine international players on the court.

For them, men’s volleyball is a standard, but here in America, it’s a work in progress.

“They should invest more in volleyball because this is a sport people actually enjoy,” said Forbes. “We genuinely enjoy playing this sport. So, I think people should take it more seriously.”

Players said the inaugural season will be an inspiration.

“I hope we can come out and shine and that will inspire the other schools to give another way for their kids to get to college,” said Attles.

Tonight on @wachfox...the full story on one of the first of six @HBCUSports to start a men's volleyball program EVER! pic.twitter.com/EdtvN08qMu