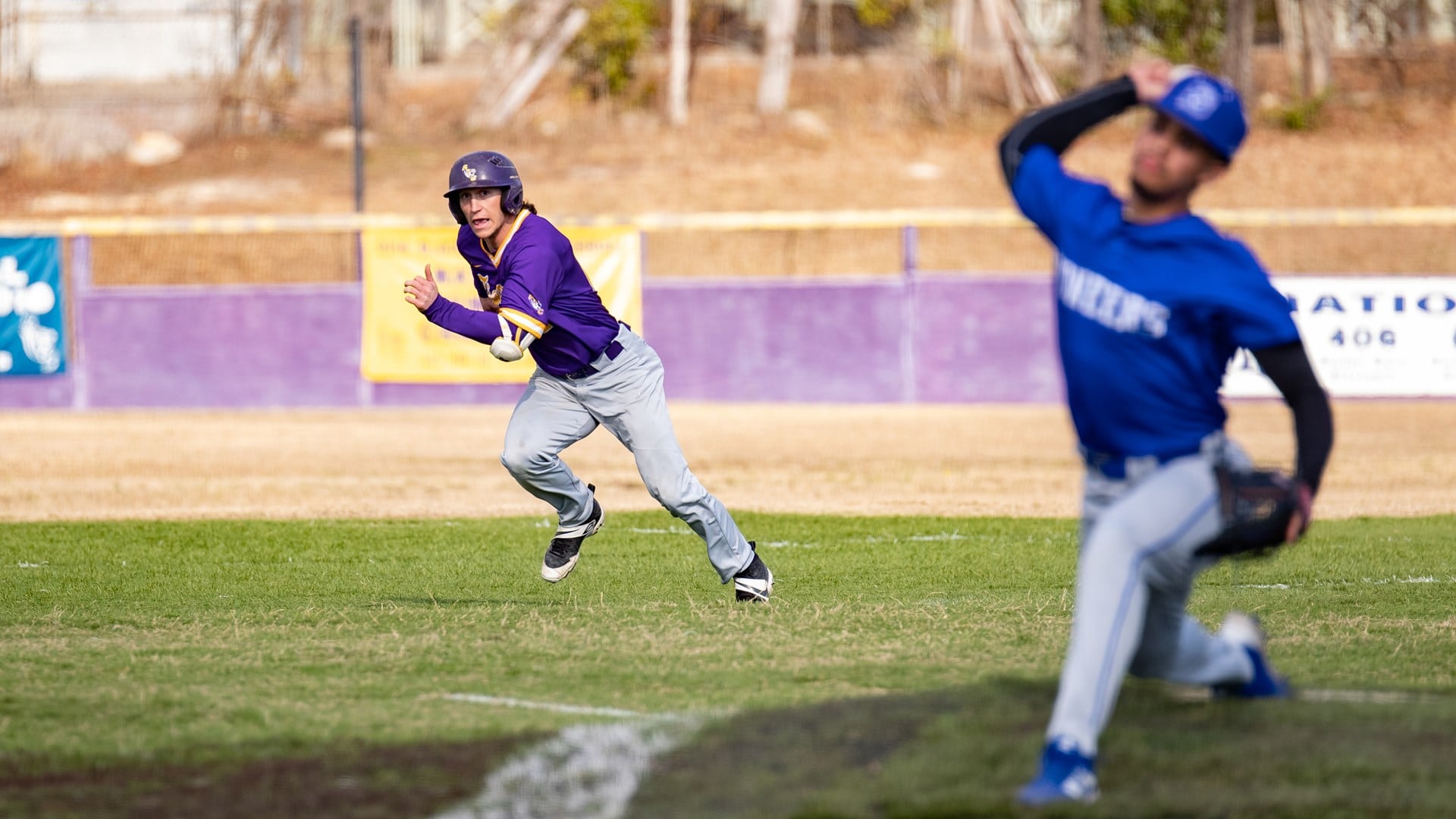 Bradon O’Connor has a chance to set a national collegiate baseball stolen base record many thought would never be broken. The Benedict College outfielder has stolen 52 bases out of 56 tries in 21 games during the 2022 season.

O’Connor is on pace to swipe 126 bags this season. The Tigers are also on pace to steal more 300 bases which is customary for those “base stealing bandits” considering the team is saturated with freshman.

According to the NCAA Division II team statistics, Benedict as a team as swiped 160 bases while being thrown out 20 times in 24 games played this season.

O’Connor is not only a speedster, but he can also hit the ball all over the field.

Through games of March 22, 2022, O’Connor ranks sixth with a .493 batting average and is ranked No. 12 toughest to strike out, according to NCAA DII stats.

This explains why he reaches base nearly every at bat. In 69 at bats, O’Connor has struck out 3 times. That’s one strikeout for every 23.0 at bats.

O’Connor is a four-year starter for the Tigers and the best leadoff hitter in college baseball. He led the NCAA in stolen bases (47) and stolen bases per game in 2019 while sported a .404 batting average and knocking in 30 runs.

In 2019, Bradon O’Connor stole 47 bases in 34 games for an average of 1.38 stolen bases per game, which not only was the best average in Division II, but was best in all three NCAA divisions. He was caught stealing just four times. He easily won the statistical crown. He stole seven bases against LeMoyne-Owen in 2019, which was the highest single-game total in Division II that season. He had four stolen bases in three other games.

For O’Connor, it’s speed. The outfielder will make you overlook the fact that he’s very raw everywhere else, but can play an excellent defense in the outfield. That said, he has the speed to steal double-digit bases, but could one day hit 10-15 homers and put-up MLB’s all-time stolen base king Rickey Henderson type numbers.

O’Connor is coached by Selwyn Young who played professional baseball 10 years beginning with the Oakland A’s organization in 1981, where he was a part of three consecutive Minor League Championships. He also played with the Baltimore Orioles, in the Mexican Major Leagues, and with several independent leagues before deciding to coach the college ranks.

Since his hire at Benedict, no school in NCAA history has put up the stolen base numbers that Benedict College has under Selwyn Young. During his 10 years with the Tigers, they have stolen a total of 2,147 bases. Benedict holds the top five spots in the NCAA Division II record book for season stolen bases which all took place during a 5-year period from 2009-2013 when the Tigers stole 1,371 bases. The Tigers swiped 334 bases in 403 attempts over 41 games during the 2013 season to rank No. 1 in NCAA Division II history.

Coach Young’s teams have set records that could possibly never be broken. With red-shirt senior O’Connor, three sophomores, and a crop of freshman, Benedict College is on pace to challenge the stolen base records and eclipse the 334 bases the Tigers swiped during the 2013 season.

O’Connor graduated with a 4.0 grade point average last season. He is a graduate student at Benedict plus he has another season left because of COVID-19 that cut the season short when the NCAA granted an additional year of eligibility.

It has been stated that records were made to be broken and some are records that will stand forever.

At 22, O’Connor is headed to breaking Saint Leo’s Cisco Johnson’s single-season stolen base record which has stood since the 1980s. Johnson still holds the NCAA Division II record for stolen bases in a season with 96 (in 49 games) in 1987

After searching the DII baseball record books for those that were considered unbreakable records, O’Connor is on stride to surpass Johnson’s stolen bases in a single season record set 35 years ago.

Johnson was considered a base-stealing machine at Saint Leo. The speedster did it and got caught just seven times that season, recording a 93.2 percent success rate.

Since O’Connor first set foot on the Benedict College baseball field, he has been a thorn in the side of opposing catchers all four years. With a present total of 52, he has not let the pressure affect his play if there is any pressure at all.

Working hard has been one key to O’Connor’s season, according to head coach Young. O’Connor is hitting around .493, almost 126 points higher than last season’s .367 batting average, and Coach Young praises O’Connor for his desire to excel.

Stealing bases is nothing new to O’Connor, who totaled 25 stolen bases in 28 attempts in 11 games during the 2020 shorten season. That year he was projected to break the stolen base record.

Bradon O’Connor gives credit to Coach Young who teaches his student athletes to dissect opposing pitcher moves and be at full stride in the first step.

O’Connor has only been caught stealing four times this year, a low total considering he has no fear of stealing third or even home.

But even with O’Connor’s credit to his coach. Young stands firm in his belief that a ballplayer’s base-stealing talent is mostly the player’s doing… considering he has the green light once he reaches base.

Two times this season the speedster has stolen five bases in one game. He also sports eight in a four-game series against ranked Glenville State. In a three-games series with SIAC conference foe Lane College, O’Connor totaled 13 swipes. In a recent March 22 doubleheader against Paine College, O’Connor went station to station five times.

What draws attention to Bradon O’Connor’s base stealing is that he is stealing on catchers with strong arms.

Every game he plays in, the opposing team points O’Connor out as a target to prevent or minimize his base stealing output. After a few steals they state, “boy he’s fast.”

His name will be etched in stone with former Benedict players that set DII records like Kevin Davis, Elisha McDaniel, and Michael Jordan.

The goal is for Bradon O’Connor’s statistics to catch the eyes of Major League scouts in hopes of continuing on in a professional baseball career.

As Bradon O’Connor and the “Amazing Base Stealing Machine” Benedict Tigers play out the season, it’s going to be exciting to watch.