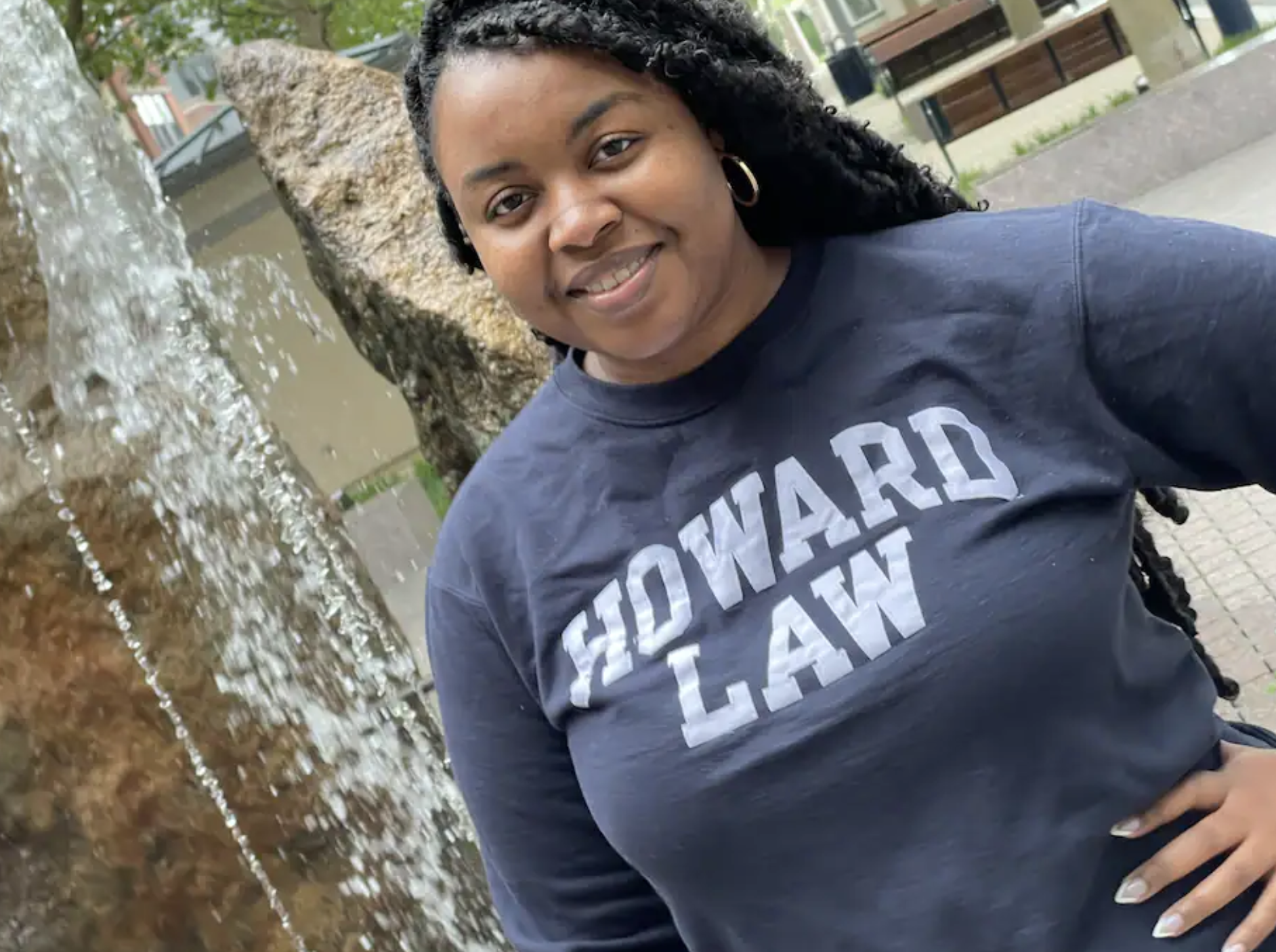 Alexis Hawkins was at a crossroads.

In 2008, she was expelled from Ballou High in Southeast Washington for fighting. Again. She was 15.

A friend from her Congress Park neighborhood had been stabbed by a girl from a rival neighborhood, and a brawl involving more than 20 girls had erupted inside the school.
Five of them, including Hawkins, were kicked out. This time, there would be no coming back.
“Congress Park girls were known to fight — and Alexis was a fighter,” recalled Edwin Buckner, a D.C. police officer who was assigned to Ballou at the time. “She was also an A student and never bothered anyone. But she would not back down from a fight if it involved her neighborhood.”
Out of school for six months, “doing nothing but getting into more trouble,” as she put it, Hawkins experienced an attitude change and recommitted herself to getting an education. She enrolled in the Woodland Job Corps Center in Laurel, where she earned a GED. But she didn’t stop there. She worked and saved and borrowed enough money to attend Benedict College in Columbia, S.C., where she majored in criminal justice.
And the best was yet to come. On Friday, 13 years after her expulsion from Ballou, Hawkins graduated with a degree from Howard Law School.
“I just had to keep believing in myself, stay focused and not give up on my goals,” said Hawkins, who is now 28.
Her transformation is a striking contrast to what can seem like a worsening plight of many youngsters, especially girls, who grow up in neighborhoods plagued by crime.
In recent weeks, two D.C. girls — ages 13 and 15 — have been charged with murder and carjacking. The older girl recently pleaded guilty. At a marketplace in Prince George’s County, where at least 100 preteens and teenagers were gathered after 10 p.m. on a Saturday, a 13-year-old boy was stabbed and wounded, another 13-year-old boy was shot and killed, and a 12-year-old boy was charged with murder. He was the eighth youth in the county to be charged with murder this year, compared with six juveniles charged with the crime last year.
“It saddens me because . . . some of my friends have been the victims of homicide,” Hawkins said. “A lot of us are living in poverty and come from homes that are not always supportive.”
She spent years in the District’s foster care system because of what she says was her unstable home life. She was eventually adopted, but she knows how easy it is for teens to take a wrong turn. “We band together for protection. We fight out of loyalty and friendship, right or wrong,” she said. “The result is just more trauma that goes unaddressed.”
Hawkins recalled that her recommitment to self-improvement was spurred, in part, by the memory of a week-long civil rights tour she took in the summer of 2008. The trip had been organized by D.C. anti-violence group Peaceoholics. Girls from feuding neighborhoods in Southeast were taken to historical sites throughout the South and got to meet civil rights activists.
Hawkins was especially impressed with Annie Lee Cooper, whom she met during a stop in Selma, Ala. Cooper told the girls about an episode that occurred in 1965, after she had spent hours waiting in line to register to vote. Dallas County Sheriff Jim Clark had prodded her in the neck with a billy club and ordered her to vacate the premises.
Cooper responded by punching the sheriff in the face and knocking him to the ground.
“And that touched me because I’m a fighter,” Hawkins said. “I have a warrior spirit, too. Annie Cooper made me realize that I was fighting the wrong people. I was fighting people who looked like me, Black girls who came from the same community, who had gone through the same hardships. She made me understand that I should be using my mind, my energy to fight racism and dismantle systems of oppression that create underserved neighborhoods and school-to-prison pipelines.”
The transformation did not occur overnight. But the impact of the tour would eventually be felt.

Buckner, the D.C. police officer, had accompanied Peaceoholics co-founders Ron Moten and Jahar Abraham on the civil rights tour with the students. They let Hawkins know that their support for her would not waver, whether she was in school or out.

“I would tell her all the time, ‘You are a survivor. You can overcome any obstacle,’ ” Buckner said.

When Hawkins graduated from Benedict College, Buckner rented a limousine and, acting as a father figure, took her to a Ballou High prom — a makeup for the one she’d missed after being expelled.

With her degree from Benedict, Hawkins got a job as a legal assistant at the D.C. Superior Court. There her hard work caught the attention of Sherri Beatty-Arthur, then an administrative judge on her way to becoming a magistrate judge. Beatty-Arthur learned that Hawkins had considered going to law school but had let self-doubt stand in the way.

“I wanted Alexis to know that I was cheering for her,” Beatty-Arthur said. “I wanted her to imagine a world where Black women cheered for each other and did not get manipulated into fighting one another. I wanted her to know that I would help her, and all I asked in return was for her to do the same for someone else.”
Next up for Hawkins: passing the bar exam. There’s probably a clerkship at the D.C. Superior Court waiting for her when she does. After that, she wants to become a public defender, then a judge — attacking systemic racism from the bench while finding ways to help Black girls realize their dreams, making good on her promise to Beatty-Arthur.
“Although my accomplishments are rare for where I came from, I will work to make sure that is not the case for long,” Hawkins said. “I want girls like me to have even more opportunities than I had, even more support, and I will always be reaching back, giving back and pulling them forward.”